A Señorita, A Sweet Tea, and A Few Good Songs

Critics LOVE our debut CD! Here’s what they are saying! 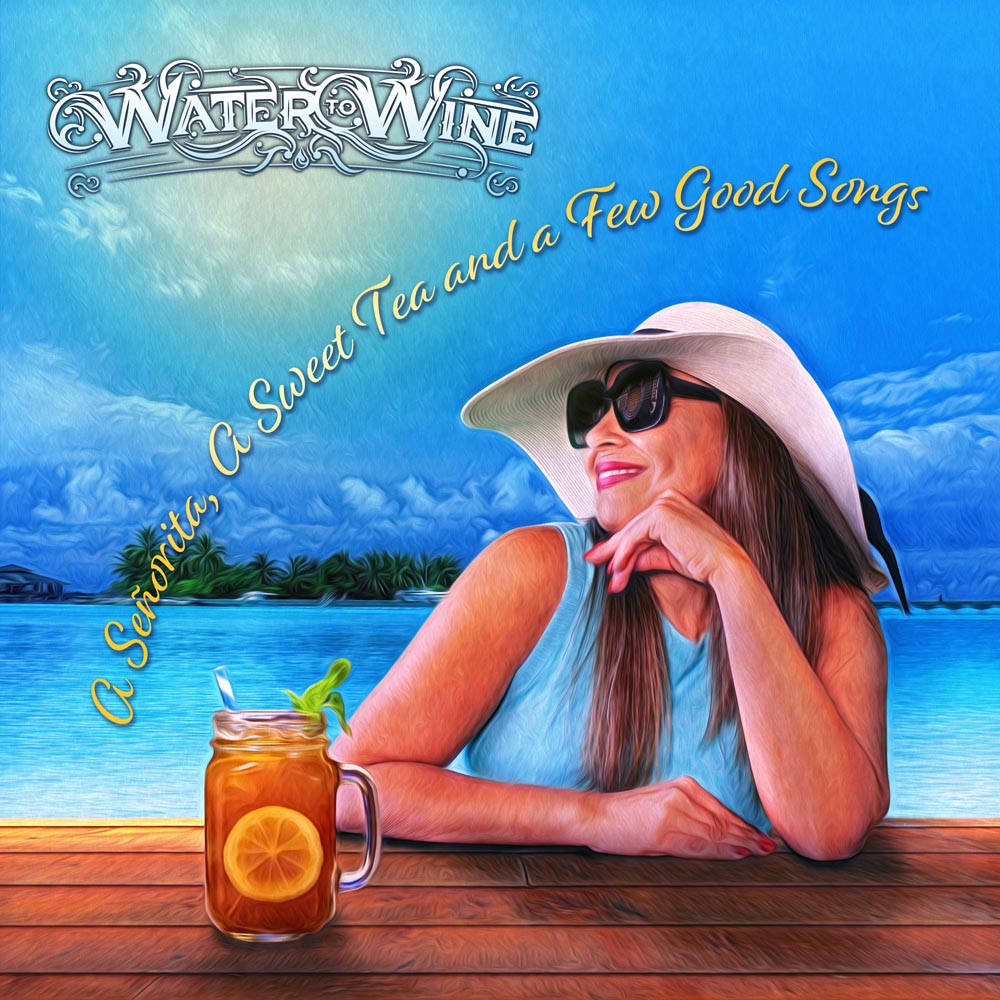 A Señorita, A Sweet Tea and A Few Good Songs” by Water to Wine Reviewed on Ballyhoo
April 14, 2022


If you’re like me and want to get the summer season started a little early this year, you might want to take a peek at what Water to Wine has accomplished in the ten-track A Señorita, A Sweet Tea and A Few Good Songs, as it’s one of the better examples of sunshine-stained country-rock you’re going to get out of a group of artists on the mainstream or underground end of music the same. This has been a premier era for crossover acts, but for what the standard in this particular strain of alternative music calls for, I think Water to Wine is going above and beyond in their first proper LP.

Read the full review >>
Water to Wine’s “A Señorita, A Sweet Tea and A Few Good Songs” Reviewed on Melody Maker
April 14, 2022


There’s been an endless amount of talk amongst critics about a southern rock comeback in the past two years, and while I wouldn’t put A Señorita, A Sweet Tea and A Few Good Songs in that category per se, there are definitely elements of the genre influencing the unique style of play Water to Wine call their own. Being that this is their debut album, I can’t compare their experimental attitude demonstrated in tracks like “It’s All Good,” “Hero,” “Chillin’ with Me,” and “Sing You a Song” to previously released content, but if this is just a glimpse into who they are when they’re able to push the boundaries as much as the studio will allow them to, this could be the start of a country-rock wave even more provocative than its straight southern cousin is.

Read the full review >>
Water to Wine’s “A Señorita, A Sweet Tea and A Few Good Songs” Reviewed on Melody Maker
April 14, 2022


From the moment we press the play button on “Sing You a Song,” they’ve got a gelled intensity that gets stronger with each beat, confirming that their chemistry isn’t the product of a wise production scheme but instead that of a natural kinship only known among true blue-collar musicians. 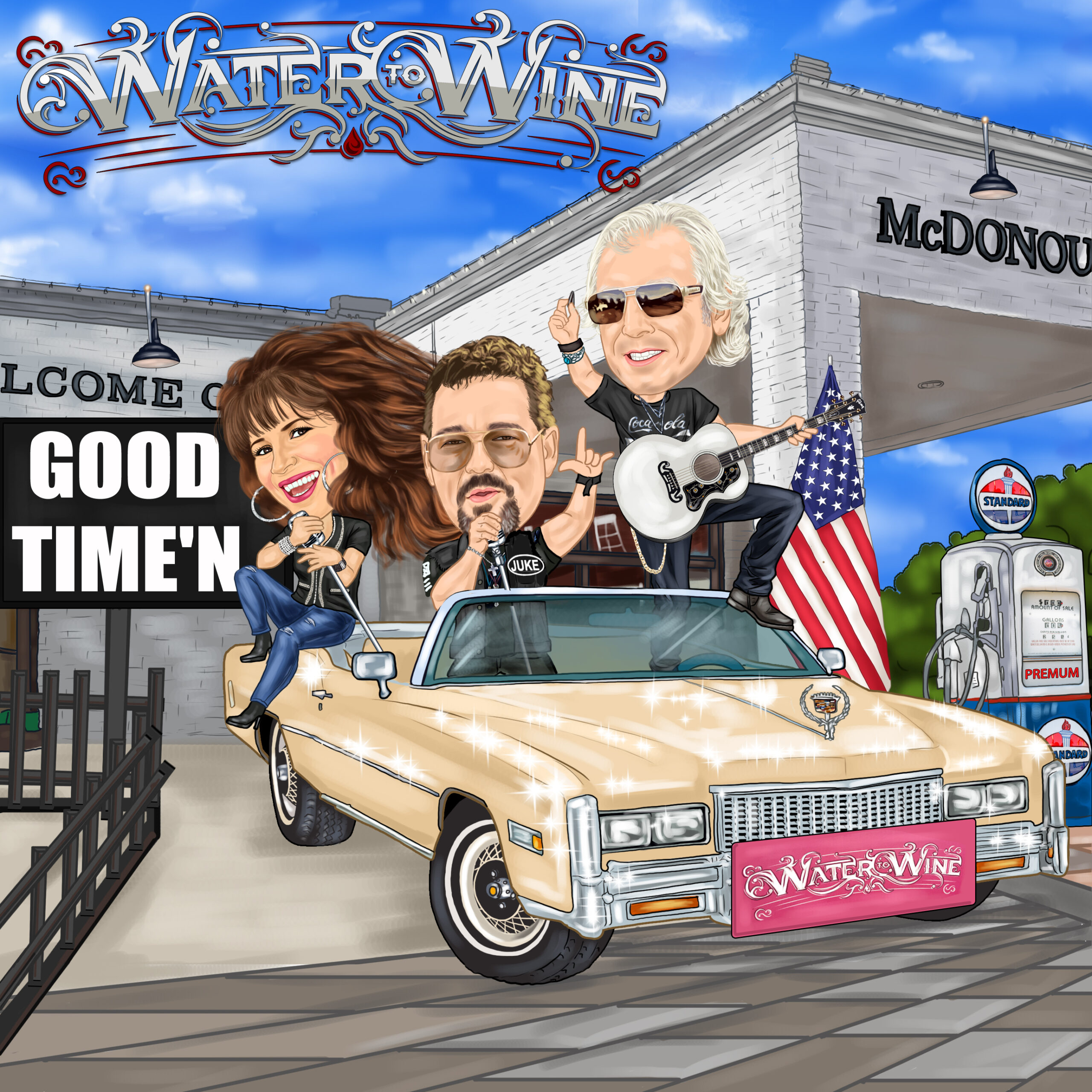 As we prepare for the release of our single and video, Good Time’N, it’s already generating some buzz.


The impact of the pandemic has been devastating to everyone in one way or another, and music seems to be one of the healers sticking it out with some fabulous releases in 2020, and Water To Wine’s “Good Time’n” dops just in time to spread light on the situation. There will always be an audience for music, but this has been one of those times when performance takes a step back and the creativity that paved its way can once again thrive and this song shows what the results are like. It is undeniably awesome and does the business…


The country sound of Water To Wine’s new single – ”Good Time’n” delivers a dash of freshness during the Covid lockdowns where music still thrives if you’re paying attention. The song gets into the whole subject in the lyrics as it brings its own remedy with it and that is only some of the magic because it does beyond matters currently at hand as well. And although it can also be classified as a mainstream country song the band are far from what you would call your daddy’s country, there is a lot more to their Americana style music at the end of the day…

The proper mix of folk and country with a classic rock foundation is what make Water To Wine’s music so accessible…It is all about making a living and getting together and having a good time after earning it.


Water To Wine’s single — “Good Time’n” is another great release by the Atlanta area band with tons of moxie and absolute positive vibes to spread around at a time when it could not be more needed….

.. “Good Time’n” restores faith in country and classic rock in a time that calls for more of the quality they bring and the prowess they possess, and it doesn’t even take two spins to hear that much from this immensely satisfying group…


Lockdowns and music make string connections in 2020, and Water To Wine’s “Good Time’n” deals with the subject of getting together at the weeks’ end to have a good time even if it is only temporarily in the virtual sense…

Water To Wine put together something layered but also fresh sounding as if it were recorded in one take and it sounds cleverly easy but it’s more of a magic all their own.

“Good Time’n” is one of the best country and rock songs for the masses in 2021, as I ponder it before it is out and reflect on the strong message it sends and predict it does the same to anyone hearing it…The band have loads of soul behind their country and rock rooted Americana sensibilities, all of which this song is chock full of.


”Good Time’n” by Water To Wine is the next single in their string of releases with yet another quality gem produced. The credit goes to each-and every musician in this band of which I am not familiar with who is who, but as an entire unit that are fantastic. The lovely female vocals play twin lead with male vocals and they are backed by what are simply a killer band of musos to top it off and vice versa. Praise is not without hesitation here because of that, but I did get to know more of their music after being inspired by this upbeat track…